Bohemia is the largest and most populous of the three historical Czech lands, the other two being Moravia and Czech Silesia. Nowadays, these regions no longer exist as administrative entities, but they are mentioned in the Czech constitution and their symbols appear in the Czech coat-of-arms. The symbol of Bohemia is a white lion on red background.

The region of Bohemia has nothing to do with the song Bohemian Rhapsody nor with bohemianism and Bohemians in the sense: “socially unconventional persons”. Nothing. Really. The name is derived from the name of the ancient Celtic tribe Boii, who once inhabited the area, and the Proto-Germanic word haimaz, meaning “home”. Thus, Bohemia originally meant “the home of the Boii”. Modern-day population of Bohemia doesn’t have much in common with the ancient Celtic Boii, as the Czech language belongs to the Slavic family. However, it is believed that West Slavic tribes settling in that area assimilated the remaining Celtic and Germanic populations.

In the Czech language, Bohemia is called simply Čechy. This name should not be confused with Česko, which is the short name of the whole country, known as the Czech Republic or Czechia. In other words: Česko = Čechy + Morava + České Slezsko. The same in English: Czechia = Bohemia + Moravia + Czech Silesia.

There are many amazing places in Bohemia. Below we present some of them! 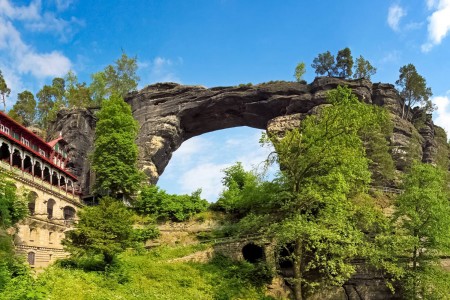 Architecture
See More
Radošov Bridge
Radošov Bridge (Radošovský most) is a wooden covered bridge over the Ohře river in the village of Radošov, which belongs to Kyselka municipality. The…
Read More 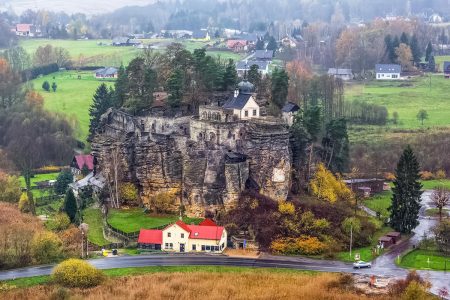 Castle / Ruins
See More
Sloup Castle
Sloup Castle is a small castle in the village of the same name in northern Bohemia. Its unique feature is its location: it is situated inside of a fre…
Read More 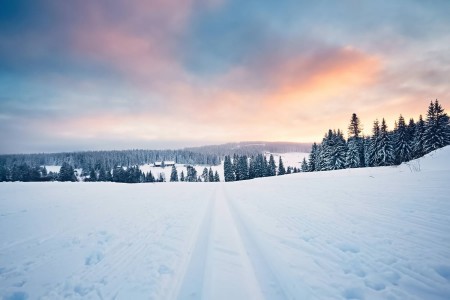 Village
See More
Velhartice
Velhartice is a large village and a municipality in the Plzeň Region in western Bohemia, not far from Šumava National Park. The village was first ment…
Read More