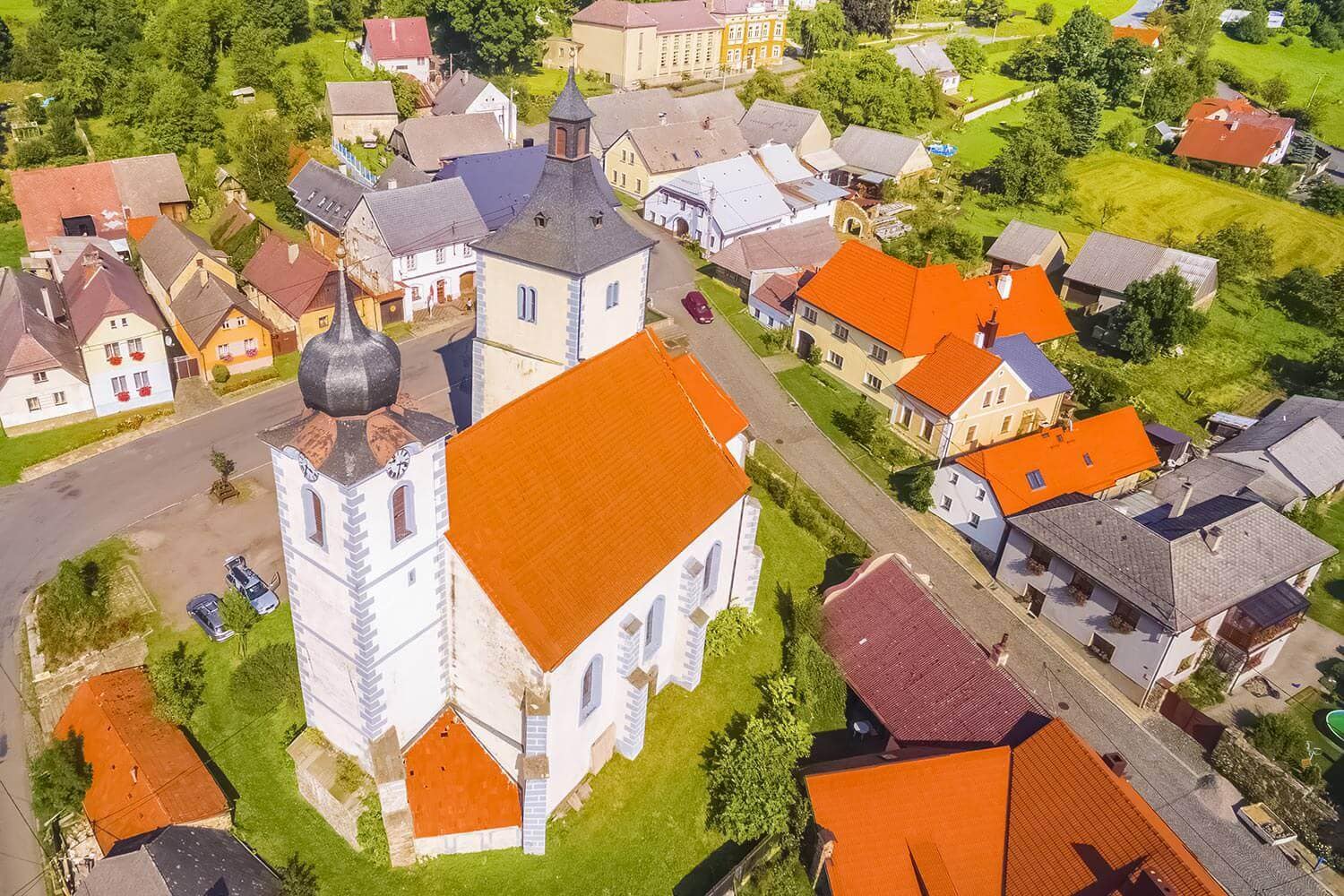 Velhartice is a large village and a municipality in the Plzeň Region in western Bohemia, not far from Šumava National Park. The village was first mentioned in 1318. It used to have town rights in the past. The most important tourist attraction in the village is the impressive medieval Velhartice Castle (Hrad Velhartice).

The castle is located in the eastern part of the village, on a hill near the Ostružná river. It was founded by Bohumil of Budětice at the end of the 13th century and it was used as a family residence of the Lords of Budětice.

A very characteristic feature of Velhartice Castle is the stone bridge connecting the representative palace section with the defensive tower in the northeastern part of the castle.

Since 1945, the castle has been owned by the state. It is open to the public and the opening hours can be found on its official website.

If you’re staying in Plzeň (a.k.a. Pilsen), then Velhartice is a great place for a day trip. The most convenient way to get there is by car, but there are also train connections to Nemilkov requiring a change of trains in Klatovy. The journey time from Plzeň to Nemilkov is less than two hours (one-way). The distance from Nemilkov train station to the castle is about 3.3 km (2 mi), so it is quite a long walk, but doable.

The train station in Nemilkov is quite a nice sight in itself and it was shortlisted in the annual contest for the most beautiful train stations in Czechia in 2012. It didn’t win the contest, but it did win the title of a “fairy-tale train station” (Pohádkové nádraží).

If you would like to go there from Prague by public transportation, it is possible, but requires several train changes and the trip would take 3-4 hours one-way. Therefore, this option is not particularly attractive, unless you enjoy spending a lot of time on trains.

Interests: castles and chateaux
Image Credits (from top to bottom, and left to right):