The Prague of Charles IV 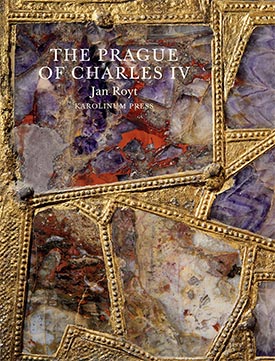 Charles IV (1316-1378), in Czech known as Karel IV., was a medieval king of Bohemia and a Holy Roman Emperor. His enlightened reign is widely regarded as the Golden Age of Bohemia, especially of Prague.

The legacy of Charles IV is remembered all over Czechia in the names of landmarks (e.g. Charles Bridge, Charles Square), institutions (e.g. Charles University) and even towns (Karlovy Vary, a.k.a. Carlsbad).

Prof. Jan Royt is a Czech art historian from Charles University in Prague. In this book, Prof. Jan Royt presents a vivid picture of the Golden City of Prague during its Golden Age.

The book is illustrated with many photographs of Prague’s historic monuments and sights. It is a great position for all interested in the history of Prague, its art and architecture in the broader context of medieval Europe.