The Dome of St. Francis Church in Prague 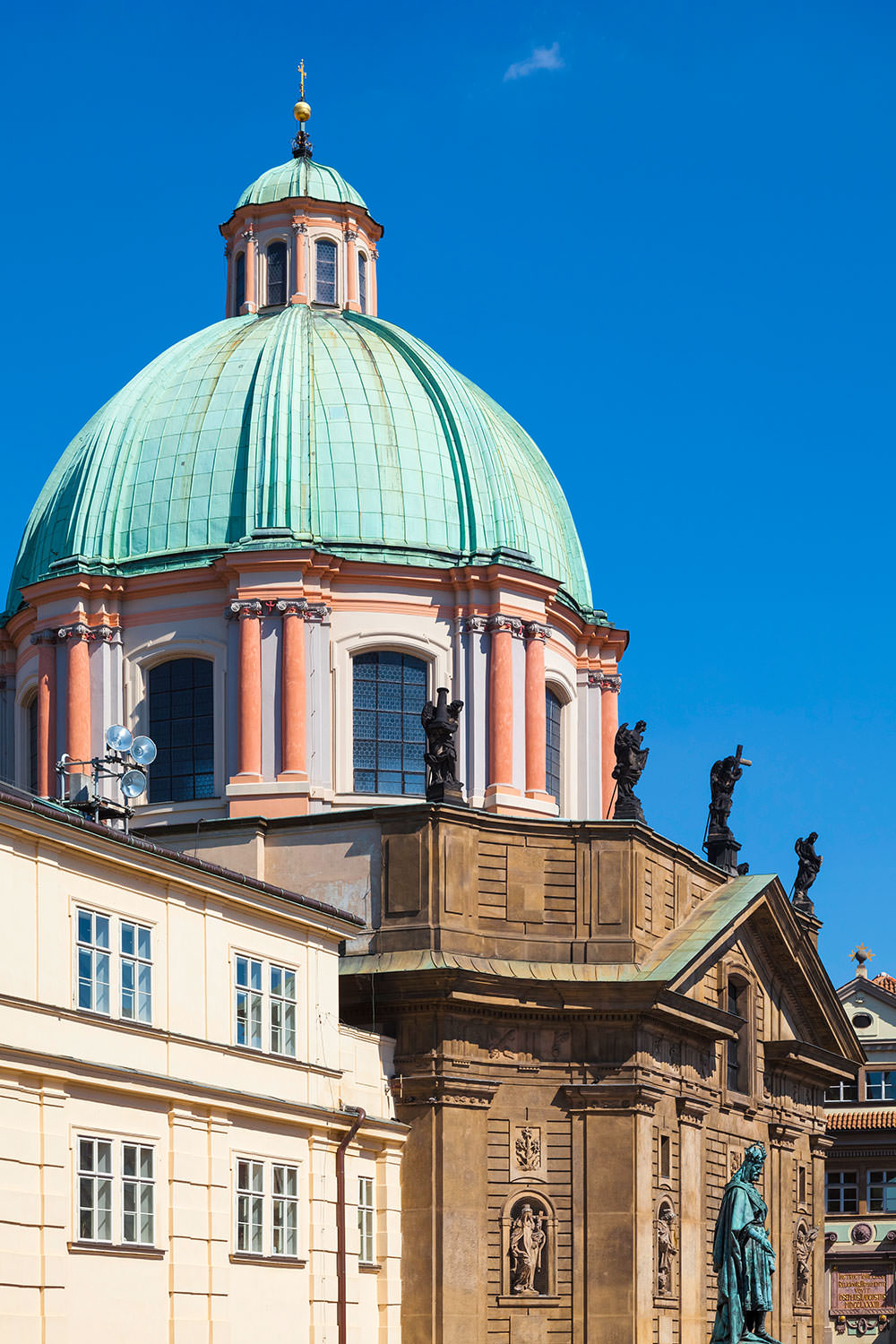 The Baroque dome of the Church of St. Francis Seraph (also known  St. Francis of Assisi) is one of the dominant landmarks in the skyline of Prague when you look at it from Malá Strana. The church is located near Charles Bridge and Old Town Square.

In the lower right corner of the frame, you see the Statue of Charles IV, which is located in Křižovnické Square. Charles IV was a King of Bohemia and Holy Roman Emperor. He lived in the 14th century and played an important role in the history of Prague and Central Europe. Charles Bridge is named after him.

Below is a small gallery showing a selection of products available from Redbubble. To view a larger image, please click on the thumbnails. To see the full range of available products please visit Redbubble.
Back to Amazing Czechia’s Shop
Promote Czechia, Share This Page with Your Friends!
Share
Share
Tweet
Email
Share
Pin