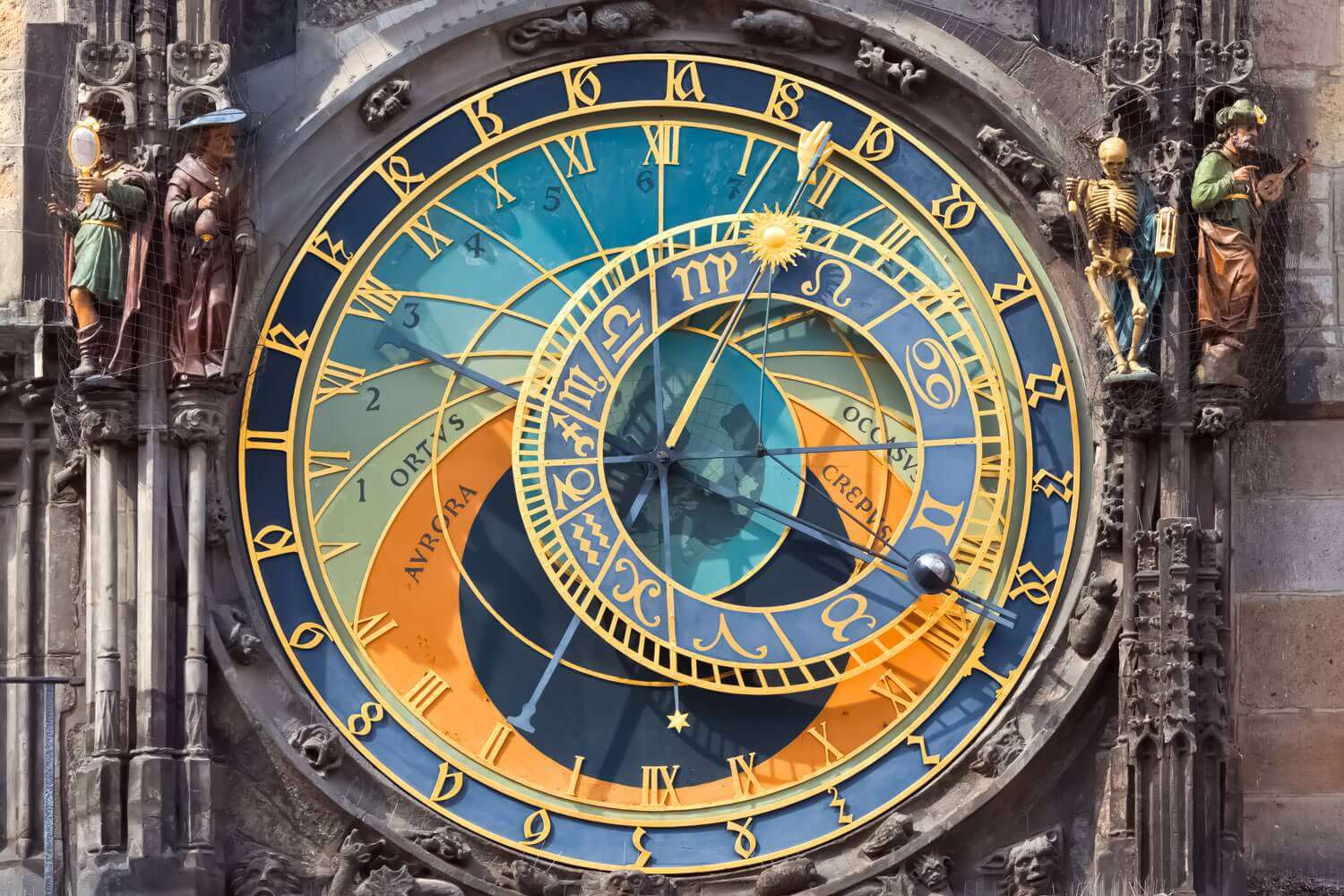 The Prague Astronomical Clock, commonly known as the Orloj, is one of the most popular sights in the Czech capital. It is very easy to find, because it is mounted on the Old Town Hall in the magnificent Old Town Square (Staroměstské náměstí). At full hours between 9 AM and 9 PM, you will see there crowds of tourists watching the parade of 12 wooden apostle statues appearing in two windows.

Getting There and Finding the Orloj

Old Town Square, where the Orloj is located, is the very center of the old part of Prague and as such you won’t have any problems finding it. If you’re visiting Prague as a tourist, it is hard to imagine not visiting that spectacular square. The nearest underground (metro) and tram station is Staroměstská. From there it is just a short walk to Old Town Square, as you can see on the map above. Bus no. 194 stops at Mariánské náměstí, which is a little closer to Old Town Square, but the difference is negligible. Obviously, the metro and trams usually offer more convenient connections and their routes are easier to learn if you’re in the city only for a short time. Bus routes are also more likely to change.

The history of the Prague Astronomical Clock dates back to 1410. In that year, the astronomical dial and the mechanical clock (the upper part) were created by Mikuláš of Kadaň and Jan Šindel. The calendar dial with zodiac signs and the sculptures were added probably around 1490.

In the 15th century, this kind of object must have been considered “high-tech”. From today’s perspective, it is a fascinating combination of medieval scientific knowledge, technical skills and beatiful design.

You can save time and hassle if you order a ticket for the Old Town Hall!
Where to stay near the Orloj? Check the availability of these recommended hotels:

How Does the Prague Astronomical Clock Work?

Let’s start with the lower part of the Orloj, because it is simpler. The calendar dial is exactly what it says it is: a calendar. It shows the current day of the year. It was installed around 1490 and at the beginning it was necessary to shift the calendar plate manually every night. In 1566, the Orloj was fully mechanized and since then the process has been automatic.

The upper part, the astronomical dial, is far more complicated. It is a kind of astrolabe, or a simplified planetarium, showing the current position of celestial objects. As all astronomical clocks, the Orloj was designed for a specific place, in this case Prague. It represents the view of the sky from that place. Theoretically of course, it could be moved to another place, but the mechanism was designed in such a way that it shows the current position of the Sun and the Moon as they are seen from Prague.

The blue circle in the center of the astronomical dial represents the Earth. The dial has also a hand symbolizing the Sun and a hand with a small ball, which symbolizes the Moon. The ball is partially black and partially silver in colour. The Sun symbol travels around the zodiac circle. The golden hand and the Sun, which are attached to the same pointer, show the current time in three different ways:

If that wasn’t enough, the Orloj shows one more method of measuring time. The position of the small star symbol relative to the Roman numerals shows sidereal time, also known as star time. It is based on Earth’s rate of rotation measured relative to the fixed stars and not on the position of the Sun in the sky. A sidereal day is approx. four minutes shorter than the normal one. Throughout the whole year this sums up to approx. one day.

Video-Recording of the Walk of the Apostles

The Orloj is not the most practical way to check the time, you might say. Sure, there are faster and more exact ways of checking time these days. But it can’t be denied that the Prague Astronomical Clock is very beautiful and at the time when it was created, it was very advanced technology. It combined great know-how and artistic skills in an amazing way. Even from today’s perspective, it takes time to understand how the Orloj works, but imagine constructing the whole mechanism and making it work in the 15th century! Amazing!

As they say, imitation is the sincerest form of flattery. There is a working replica of the Orloj and the whole Old Town Hall Tower in Seoul, South Korea! The building is called Castle Praha Hongdae and there is a restaurant serving Czech food and beers inside.

Are you coming to Prague by plane and need simple transportation from or to the airport?
Booking your airport transfer service in advance will save you the hassle of using public transportation and will protect you from being overcharged by street taxis. Prague Airport Transfers is the market leader in Czechia, providing its services since 2006. Since then, millions of passengers have chosen their convenient transfer and private transportation services for a fixed price. The fleet consists of sedan cars, minibuses and limousines. Your English-speaking driver will take you to your hotel in Prague or even to other cities in Czechia and Central Europe for a fixed price. Check the prices and book your transportation.
Interests: architectureGothic history World Heritage Sites
Image Credits: